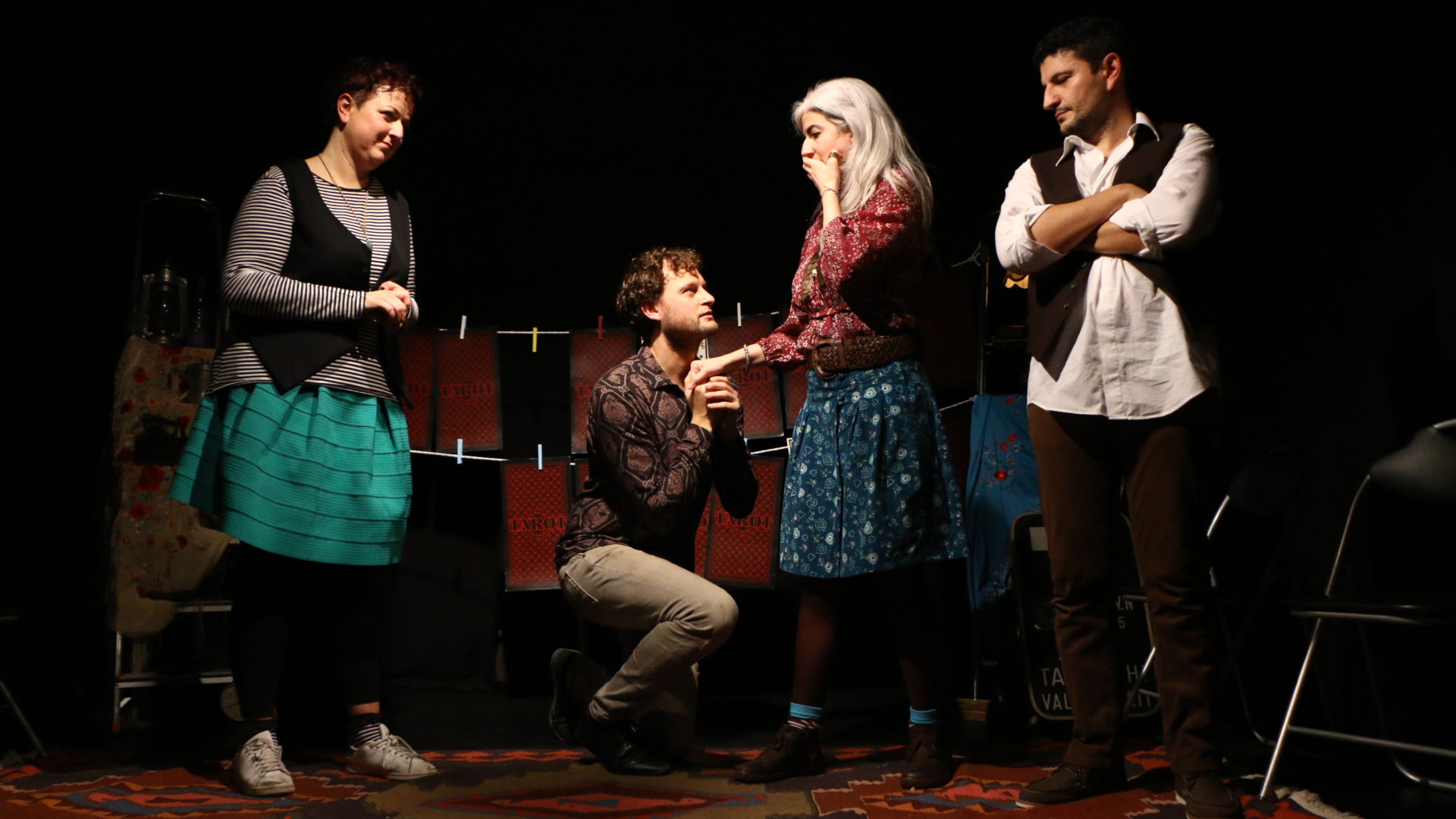 The method of the Theatre of Tarots starts from the assumption that the dramaturgy of the improvisation theatre cannot be the same of that of the traditional theatre nor the same of the narratives. As every improvisation actor knows, stories are created at the same instant when they are played and there is few few time for thinking to the character and the overall story together. Indeed, If we consider long forms where one single story is usually played in a long time (1hour or more) it becomes very difficult to make every event coherent with the context by bringing the story to a meaningful ending. In these cases the ordinary dramaturgical structures, as the hero’s travel, can be applied with a lot of difficulties because the path of the hero must be designed properly and all the characters must be ponderated and balanced continuously in order to achieve a story with a high level of quality. The actors require a lot of mental energy for following the story which could absorb them from provindig a good interpretation of their characters.

Starting from the tarot’s mandala depicted by Alejandro Jodorowsky and Marianne Costa in their book “The way of Tarot: The Spiritual Teacher in the Cards” the Theatre of Tarots proposes a dramaturgical reference which can free the actors from the burden of the story, leaving them to focus only on their characters. The first basic idea is that a an improvisation theatre story is a relationship between “Le Mat” and “Le Monde” where the former represents the initial energy full of potentialities and the latter is the final result: the meaningful experience of the story both for the actors and the viewers.

The dramaturgical structure of the Theatre of tarots indeed, follows the 10 steps of the Major Arcana for shaping the story where the higher ones represent the evolution of the characters, whereas the lower ones represent the feeling of the viewers when they are watching at them. The Theatre of Tarots help the actors to recognize and feel the dramaturgical structure which comes from the Tarot cards and, finally, bring them to the magical creation of a complete and beautiful improvisation theatre story.